How to Analyze ITS Samples with CosmosID

To analyze your ITS samples with CosmosID, just select ITS amplicon when uploading the samples. Here is an example snap.

The results for ITS are similar to those for wgs metagenomic analysis. When you click on a sample name from the datasets dashboard you will see a table with results. The columns include the Name, OTU ID, Frequency, and Relative Abundance.

Name: Organism identified at the taxonomy level you are viewing

OTU ID: Operational Taxonomic Unit identification. An OTU is a group of organisms as defined by DNA sequence similarity.

Frequency: The number of reads that matched the OTU.

Relative Abundance: The normalized abundance of the OTU based on frequency. 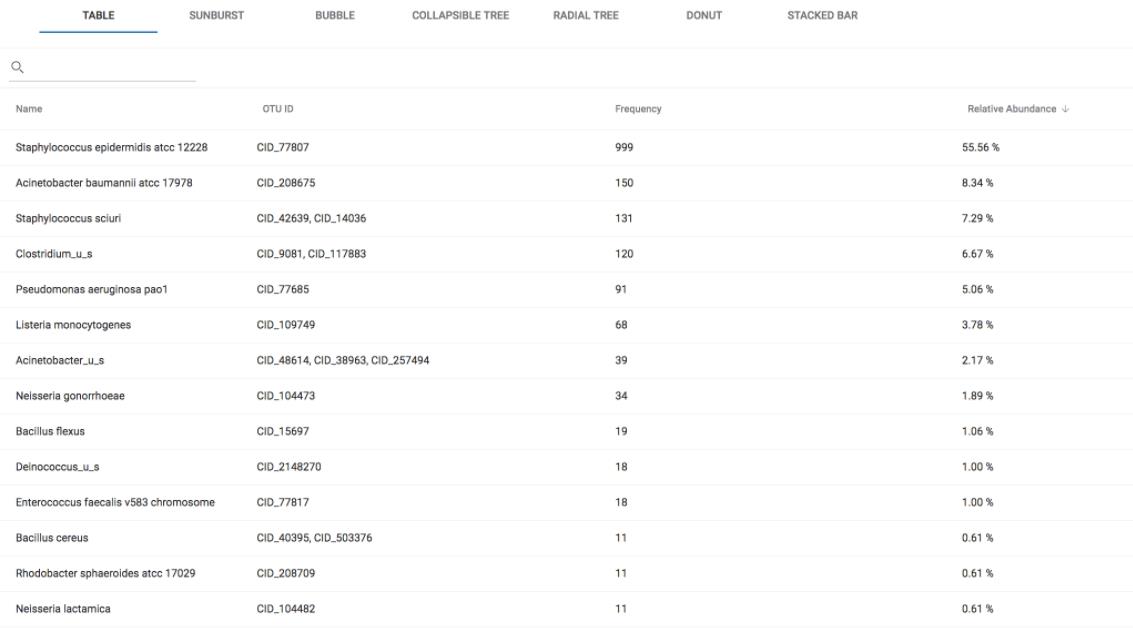 See View Results for more information about the visualizations available for 16S samples.

For taxonomic profiling based of amplicon ITS data, the CosmosID ITS data analysis pipeline starts with preprocessing of the raw reads from either paired-end or single-end Fastq files through read-trimming to remove adapters as well as reads and bases of low quality. If the reads are in a paired-end format, the forward and reverse overlapping pairs are joined together; the unjoined R1 and R2 reads are then added to the end of the file. The file is then converted to Fasta format and used as input for OTU picking. OTUs are identified against the UNITE Database using a closed-reference OTU picker and 97% sequence similarity through the QIIME framework. The final results are then presented in tabular format with the taxonomic names, OTU IDs, frequency, and relative abundance. Results can be downloaded or compared to other ITS samples for visualizations through the CosmosID Comparative Analysis tool.

Updated about 2 months ago