What is LEfSe Biomarker Discovery Analysis?

LEfSe (Linear discriminant analysis effect size) is an algorithm for High-Dimensional biomarker discovery that identifies genomic features (genes, pathways, or taxa) characterizing the differences between two or more biological conditions. It emphasizes both statistical significance and biological relevance, allowing researchers to identify discriminative features that are that are statistically different among biological classes.

Specifically, the non-parametric factorial Kruskal-Wallis (KW) sum-rank test is used to detect features with significant differential abundance with respect to the class of interest. As a last step, LEfSe uses Linear Discriminant Analysis to estimate the effect size of each differentially abundant feature and rank the feature accordingly.

How do you generate LEfSe biomarker discovery analysis?

What do the columns represent in LEfSe table results view?

LEFSE Table comprises of 4 columns. The column description is given below. 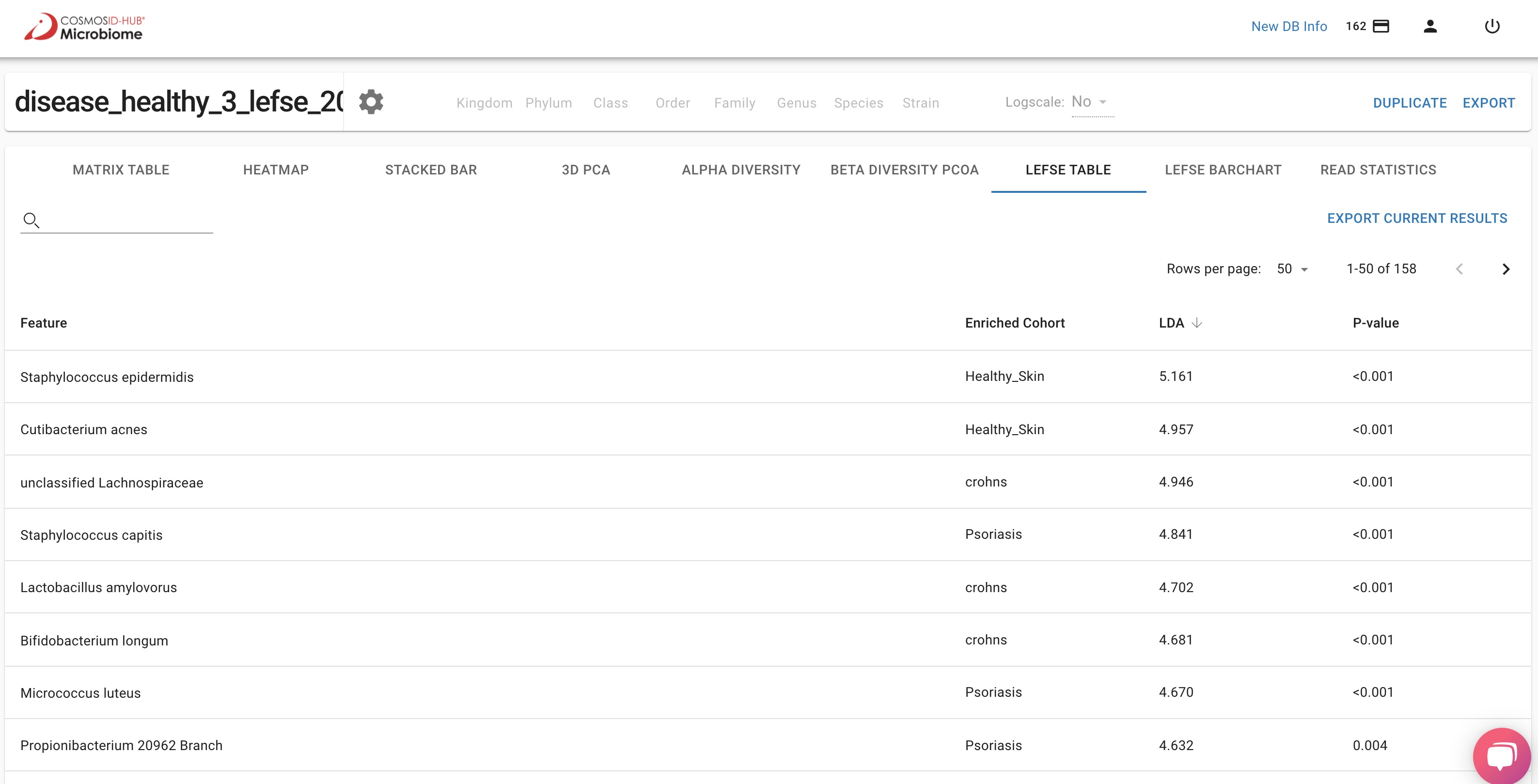 How do you interpret LEfSe Barchart results view?

LEfSe Barchart is a visual representation of discriminative features/biomarkers found by LEfSe tool ranking them accordingly to their LDA Score/Effect Size. The barchart is dynamic and can be filtered using both LDA score and P-value.